This is a Howto article describing steps on how to install and configure an HP PSC 1210v (PrintScanCopy) printer. HP PSC printers are preferred by most people because it's compact (small footprint and portable), cheaper (as compared to buying a stand-alone printer and scanner), convenient (All-in-One Printer, Scanner, & Copier), and the Linux drivers are officially supported by HP. This article used Xubuntu Feisty Fawn but the steps will also work on any Ubuntu derivative and on any release as long as the HPLIP package is installed.

NOTE: HPLIP is installed by default on Ubuntu. 2. Next run gksudo hp-setup or kdesu hp-setup to initialize the setup script.

3. The HP Device Manager - Printer Setup Wizard would show up asking what type of connection your printer is using. Select Universal Serial Bus (USB) and hit Next. 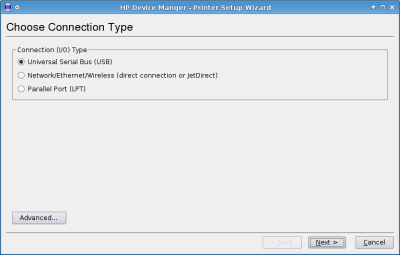 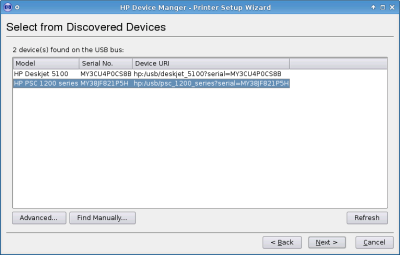 5. In this window, you can actually select any of the two available PPD files, as long as the wizard recommends it. Hit next after selecting a PPD file. 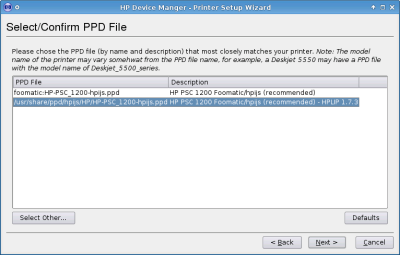 6. This step would allow you to change the name of your printer. The Location and Description field is optional. 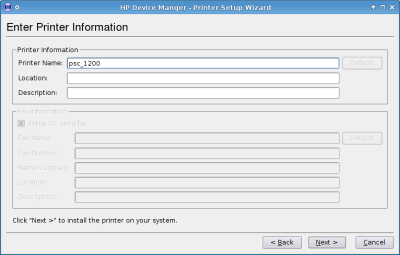 7. This is the last step, where all you have to do is confirm your settings. If you don't want the printer to Print a test page, go ahead and unselect that option. 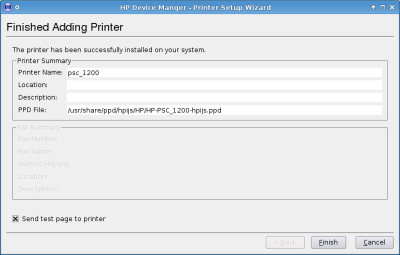 8. If you chose to print a test page, you might as well test it's scanner. Place the page on the bed, fire up your favorite Scanner program, and scan the said page. 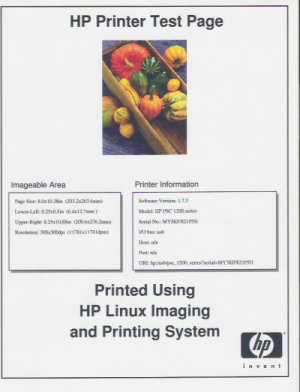 3. The script cannot find my printer.

5. Can I install the printer by using the Setup Wizard of GNOME/KDE?

6. My printer only prints grayscale.